Top 7 Productivity Myths That Need to be Debunked

When people work together at the same workplace, they see each other working, which acts as a productivity booster for them. This not only motivates them but always creates a space for coordination. Whereas, when it comes to remote working, I believe you will agree that we all tend to get easily distracted since that fear of accountability is not that severe, which impacts employee productivity.  In today’s era, companies are in desperate need of productive employees and productive results, and thus, the managers and employees often tend to make numerous blunders to boost productivity based on certain myths and misconceptions that need to be debunked. So, let us look at some of the top productivity myths.

1. The Work harder, do better myth.

We all tend to believe that working harder is directly proportional to productivity. We have always believed we aren't accomplishing enough because we aren't working hard enough. This is the most common productivity myth; after all, this is something we have been taught since our childhood.

I'm not saying that hard work isn't important, but you can't expect to get a good result by cramming more hours into your day. Are you aware of what the law of diminishing returns is? This is the principle that basically explains that adding more inputs (working hours) does not result in higher productivity after a certain period.

So, I understand if you don’t believe me but have some faith in the great economists. And yes, I assure you this is the first and last Economics reference. I don’t want to put off my readers

Let me guess one thing, do you feel like you go through bursts of productivity? Yes, right? You begin by completing a myriad of tasks in a short period, and everything appears to be in order. However, you become distracted, or your energy levels dwindle, and you lose motivation. You begin to procrastinate and find it difficult to complete tasks. Does this ring a bell?

2. Following the habits of Successful people will help you become more productive

Every parent gives their children examples ofsuccessful peopleto motivate them to behave a certain way. Sit back and recall when was the last time somebody told you how many books Bill Gates reads in a day or how many hours Elon Musk works in a day. You must have heard this very often, right? Even my day starts with listening to the stories of these inspiring people, and thus I knowElon Muskworks 80+hours in a week andTim Cookwakes up at 3:45 am and these are the reasons why they are successful. I agree this can be the reason for their success, but this is not the only reason. Moreover, I have never heard of someone who adopted their habits and became successful just by copying them. This is more like looking for a shortcut that does not even exist. Each person is unique and has a different style of working. One should figure that out and understand how he/she can be more productive instead of just blindly copying the habits of successful people. So, discover your work pattern & style.

3. The fallacy that to be productive, you must stick to a plan

It's strange that people believe this would succeed. Of course, preparation and organization are important aspects of productivity.

But let me tell you right now, no matter how productive you are or how well you prepare your day, you will almost certainly be interrupted by an emergency that will throw you off track.

I tried the strategy of making a list of ten things to do each day. The first issue is that you need to know how long it would take to complete everything. Of course, this is extremely difficult to do, and it is highly likely that you will take longer (or shorter) than you expected to complete the task.

The second problem is that just because you have ten things on your mind doesn’t mean you can do them all today. What makes you think your time will be better spent working on five activities for twice as long? Even if you were able to conquer these two obstacles, it’s highly likely that you’ll be distracted by emails, other people, or “urgent” work during the day, and your strategy will easily fall apart.

Of course, you should do all you can to avoid distractions, but I know how big of a task it is to not be distracted. When it comes to preparation, however, I’ve discovered that having a versatile and adaptable structure is much preferable and it’s a lot easier to keep track of the distractions.

4. It Is Possible to Work Every Minute of Office Time

Trying to achieve this idealistic vision of a perfect employee – being productive every minute of their working hours – is one of the most detrimental things you can do to employee well-being and long-term performance.

The first argument to make, and the explanation for this claim’s inclusion on my list, is that working for such a long period of time is literally impossible. At most, our attention and concentration last two hours. From there, it’s all downhill.

If you use a time tracker, you can see this pattern. The trajectory should emerge a few days after the time monitoring software download – a little warm-up at the start, a productivity peak, a lunch break, another productivity peak, and then a long trailing downward slope until the end of the working day. And the data from trackwork isn’t deceiving. I experienced this when I used we360.ai to track my productivity. Before we360.ai, I also believed that I efficiently worked during office hours and barely sat idle, but my reports told me something else- the real scenario.

Don’t get me wrong, and you should strive to make employees as effective as possible, but bear in mind that this will never be for eight hours a day. At least not for the time being. Thus, do not overburden yourself and your team; you cannot efficiently work every minute of the day; give yourself a break and relax now and then.

5. The Lie of Multitasking

Having workers do ten tasks at once is undoubtedly the most efficient process.

That's incorrect! Only about 2% of people are capable of multitasking; the vast majority simply turn from one task to another, wasting time and energy in the process. Multitasking, it turns out, is potentially making the workers less efficient, which might seem counterintuitive.

Instead, you should allow them to concentrate on a single task for as long as they can naturally. A work time tracker will help you stop multitasking. It will show you what your workers are up to at any given time, allowing you to avoid distracting them when they are working.

6. Breaks Are Your Enemy

If somebody has ever told you that breaks are your enemy, I would say “Love your enemies!”

You can’t expect workers to work endlessly, as I mentioned earlier, that’s not how productivity works. And seeing the downward trend in your work time tracking app should be enough to convince you that breaks are required for regular day-to-day operations. Ensure that the staff gets daily breaks during the day. This will allow them to return to work refreshed and with renewed emphasis. No one can work efficiently if they are exhausted. Employees would quickly return to their previous levels of productivity. It’s money well spent. So, using Project management & Health360, determine when your employees need a break and give them one.

One of the most harmful myths is that productivity can’t be taught and learned. Workers are either inherently efficient or they aren’t, and you should make the most of the ones who are, while there’s nothing you can do with the ones that aren’t. This mindset facilitates unfair job distribution and is typically incorrect.

You can potentially do a lot to boost your employees’ productivity. I’ve covered a few points in this post, but there are a lot of tools out there that could help you out. Tracking efficiency with an employee tracker software like we30.ai is one of the techniques you can use. The information generated will provide you with suggestions for how you and your team can work better efficiently. It will answer all your productivity-related queries such as the distractions, the best time to perform difficult tasks, appropriate break times, which task should be assigned to which employee, what should be the deadlines and many more.

By analysing the reports generated by the software, one can deeply analyse his/her short comings and strengths and can be trained to work more productively.

At last, I would conclude by quoting the Bhagavad Gita that do not think of the outcome, just believe in doing your work wholeheartedly. Because it is painful when your expectations are not met. When you plan to finish 10 tasks in a day and fail miserably or you don’t get the expected returns. Therefore, keep working without expecting anything in return. All the best 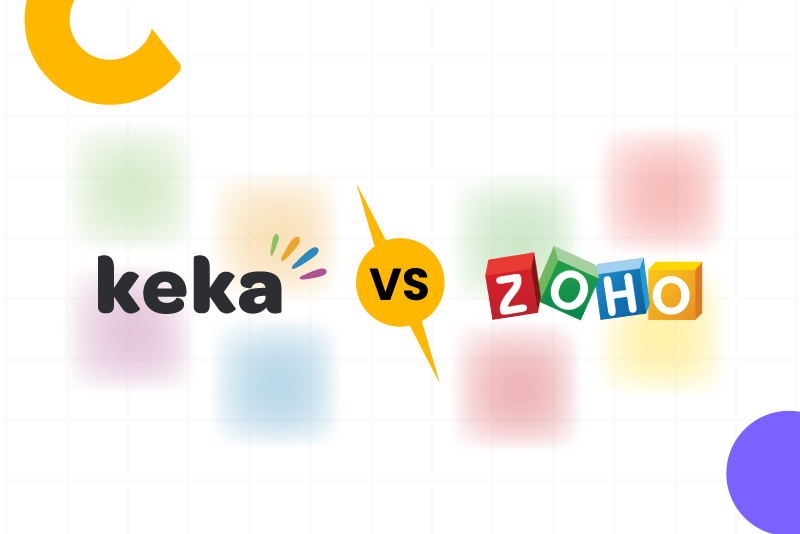 Zoho People Vs Keka HR: Which One is Better for You?

Looking for a HR Software? Zoho People and Keka HR are two of the most popular options in the market. This comparison will help you decide which one is more suitable for your company. 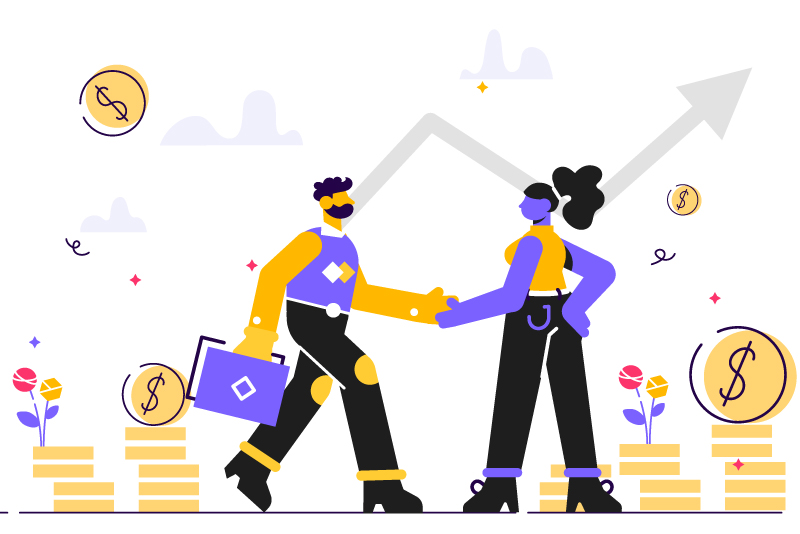 Add a Major Revenue Stream to Your Business with We360.ai’s SaaS Partner Programs

Join We360.ai's saas partner programs. With one of the best SaaS Partner Program you can easily grow your income, by just referring leads or sales. 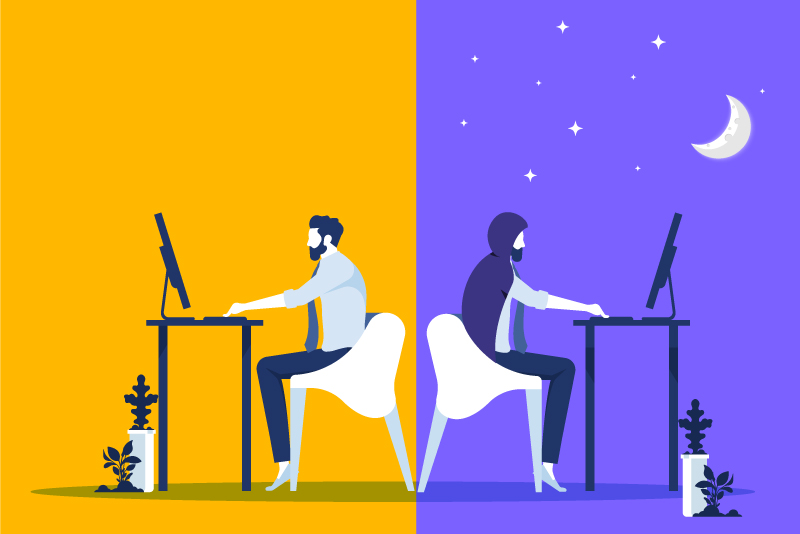 Identify Moonlighting with the Help of We360.ai